Remember going over to a friend’s for a lan? If you weren’t a kid in the 90s then probably not, but while copyright holders were busy making those “you wouldn’t steel a hand bag” warnings, the reality of how we entertain changed and they missed it. Apple did not. But because of access issues their video streaming services didn’t really make it across the US border for a while. Amazon prime and Watchever have finally filled the gap, offering a legal option for the streaming which digital natives have been doing for years. However, despite their moves towards combining content and service, it seems that even e-commerce enterprises such as Amazon are still planning on bridging the gap for a while longer. Recent pressure tactics in their battle of the giants with Disney sees Amazon putting a lot of energy into securing a price advantage on DVDs.

DVDs are different from books, they carry no social standing to be measured in inches per shelf, so why bother muscling your way into an industry destined for extinction? If they can get the price down to under 15$ per DVD, this will keep DVDs in the running while we transfer to digital, which isn’t a bad tactic as the transition to online entertainment has taken longer than it had to.

Microsoft’s vision of the future shows a typical evening in an American family and is almost creepily accurate: smartphones, smart TV, home automatization, biometrics, and Siri; even the Amazon Dash moment is there.

It is kind of tragic how Microsoft managed to miss the boat anyway!

Typical Amazon: Although one never officially comments on hype topics and apparently doggedly stays on one’s own path, things are boiling under the surface. Trends are being ignored – just like you would never build a smartphone or master fashion – unless there is a really innovative approach. It seems that this has been found for service. Video consulting is the magic word

Endless acronyms are the prerogative of every specialist branch. They quicken communication and have the added bonus that they induct the even simplest concepts into the shrine of the expert. There are times though, when things get out of hand. Take “B2B2B” for example, or better still “B2B-, B2C-, B2B2C, and B2B2B”. When I saw this beauty for the first time, I thought that the author must suffer from some kind of typographical stutter. The terms B2B and B2B may have the nostalgic ring of R2D2, but did anyone ever really have a problem with good old ‘wholesale’ and ‘retail’? 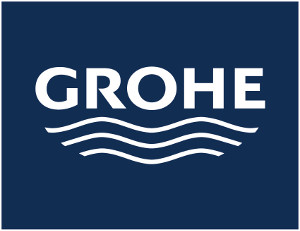 One international B2B project we are particularly proud of is the development of a client platform for Grohe AG. The company is Europe’s largest and one of the world’s leading providers of sanitary fittings under one brand. Grohe have around 5,800 staff in more than 130 countries.

One upon a time: there was a time when advertising and marketing campaigns were basically a shot in the dark, as Dilbert puts it. That is now (almost) over:

Intershop Communications AG was founded in Jena 1992. After eBay’s takeover of Magento, Intershop is the company’s second platform. eBay currently holds 26 percent of the company, 63 percent of shares are in free float. There is speculation that eBay wants to pull out of Intershop.

According to Bloomberg, a study from the market research institute L2 have brought to light the fact that Amazon privileges selected brand manufacturers. This was viewed as a great scandal on the Amazon Watchblog, fairness is apparently something different. It is not only in the power games with publishers that it is clear just how hard and how far from fair Amazon handles. The thumb screws are being applied to Verdi as well, with deliveries simply coming from Eastern Europe. 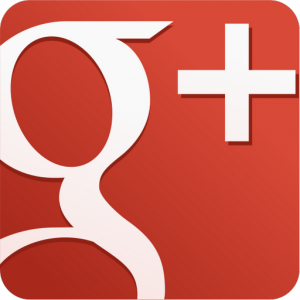 Since the start of Google+ in June 2011, a lot has changed in the social media landscape. Facebook is still the most used platform, XING is the recruiting source nr. 1 and Pinterest is the most used online photo album. But how does Google+ integrate itself here?

Google CEO Sergey Brin announced last week that he regrets how much Smartphones stop us really taking note of our fellow man. According to him, this will all be different with Google Glass.

Far from it, it is more likely to get worse. As you can see in this video, a short attention span in combination with augmented reality and voice control ruins every date more thoroughly than a smartphone ever could.

We wonder if the makers of this video were chosen as Glass Explorers (exclusive testers of the glasses). Maybe Google is showing a sense of humor, after all, this is one of the better contributions under the keyword #ifihadglass handed in to Google in the past weeks.

Have a great week

Open Footer back to start page
out of 660 Posts