Digitisation and consumption are inseparable. Every technological advance responds to the rising expectations of consumers. If a need is fulfilled, routines change and more is expected. So the innovation and consumption cycle starts over again. Things are expected to get faster, have a greater impact on our habits AND our environment. More and more consumers are taking protecting the planet seriously – even with regard to companies they do and don’t trust.

Brands, dealers and manufacturers face several challenges. They need to keep up with the pace of the digital age and rising customer expectations, but also with their growing desire to consume them consciously and sustainably.

About 1 billion people a year use video and music streaming services and the numbers are rising. The use of cloud storage services is also becoming increasingly popular. Thanks to Netflix, Spotify, Amazon, and others, physical goods like CDs and DVDs have been left in the past. At first glance, a good sign in terms of environmental impact, right?

But the masses of different streaming services for movies, music, books, and podcasts also consume more and more energy. Not least of all (also), the increased demand of consumers for the quality of the products to be streamed is to blame.

Yeah, switching from a notebook and a pen to a tablet and laptop helps to reduce paper consumption, at least in private households. According to the Association of German Newspaper Publishers (Bundesverband Deutscher Zeitungsverleger – BDZV), the amount of newsprint paper consumed was nearly three million tonnes towards the end of 2001, but at the end of 2017, it was »only« around 2 million tonnes. But the disposal of classic media also means no consumption renunciation per se. On the contrary: Only what devices has changed. And they consume energy, unlike the old mediums.

More and more people around the world are using modern devices, especially smartphones. In Germany alone, according to a study by Bitkom in 2018, around 57 million inhabitants owned a smartphone. In addition,  61 per cent of the approximately 800 subjects surveyed did not own their device for more than twelve months. Of course, with the increasing number of users and devices, energy consumption is also increasing. Each new and further developed feature does the rest here.

So with an environmentally-conscious smartphone and tablet, and according to Greenpeace, the big players, but also new start-ups, are already well on their way towards »green electronics«. In a ranking about sustainable technology, Greenpeace, in cooperation with the American company »iFixit«, took a closer look at 40 devices in 2017.

In addition to the use of renewable energy and chemicals, it was about the recycling of raw materials, but also how well smartphones, tablets and the like can be repaired. Behind the winner,»Fairphone« follow Apple and Dell. Amazon and Samsung follow behind. Samsung devices were mainly produced using climate-harming coal power.

A problem that illustrates how far Asia, in particular, is from being sustainable. In the context of the industrial upturn driven by China, energy consumption has increased almost threefold in the last ten years. The same applies to the amount of fuel burnt. According to statistics from Enerdata in 2000, it was about 6.8 megatons of CO2. At the end of 2017, a total of 15,341,000 tonnes of burnt fuels was measured.

The front-runner in the field of renewable energies for years has been Norway. Here more than 99 per cent of electricity comes from renewables. On a global level, something is happening too. Every year, the share of renewable energies in production increases by around one per cent. The reasons for this include the falling prices for solar and wind energy and ambitious climate policies in the US, China, and EU.

Consumption and an explosion of traffic

More and more smart devices can be interconnected. This applies to your own home as well as free-time activities. In the meantime, all the electronics in a household can be controlled and regulated by app. Smartwatches and fitness wristbands record data collected throughout the day and store it on a cloud or synchronise the data with our smartphones and other devices.

And traffic has almost doubled in recent years. There are many reasons for the rising consumption. In addition to streaming, this also includes the services from GAFA Internet giants. This boom in data consumption was triggered and promoted by the ever-increasing use of mobile devices and the exchange of data between devices, the Internet of Things (IoT).

But in the end, it’s not just the giants of the ICT industry who are pushing for the environment. Consumers are accustomed to the dynamics of the comparative and superlative, they want and expect more and more: better smartphones, the latest features, even more powerful hardware that makes the latest software even easier and faster to use.

At the same time, there is also a rethinking towards conscious consumption Users don’t want to give up, but pay more attention to how consciously brands, retailers and manufacturers deal with issues relating to environmental protection and sustainability and what position they (publicly) refer to this. Legislative brands aren’t on the top experts’ radars like those at TrendWatching – they illustrate what brands have to be in the digital age just and afford to meet the ever-increasing awareness of consumers. The social responsibility that a company assumes is, therefore, just as much a positive brand image as the quality and timeliness of its contents, products, and services.

Brands in the digital age 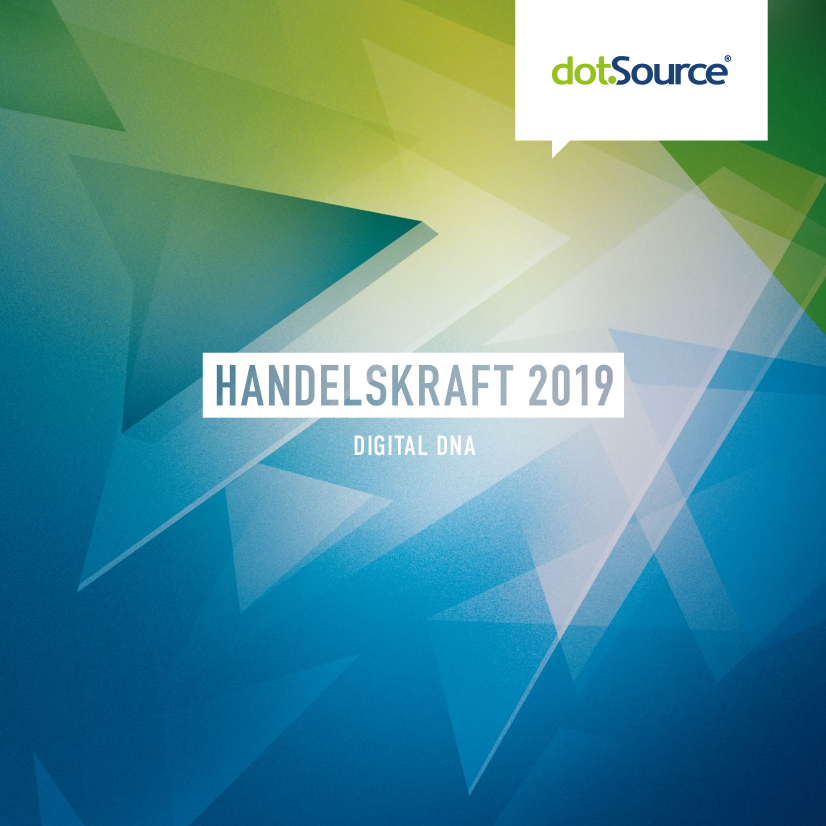 You can find even more best practices on conscious consumption and many other trends in our current trend book Handelskraft 2019 »Digital DNA«. 2019’s digital compass is available exclusively for retailers, manufacturers, and publishers here as a free download.