Amazon CEO Jeff Bezos is known for being a busy man. Recently titled the worst boss in the world, he is having a rocket for space built, amongst other things  and is investing 42 Million dollars in a giant clock in the middle of a mountain in Texas, among other things. He is also having researchers look for the Apollo 11 rocket on the floor of the Atlantic. In his spare time he is restructuring the Washington Post, which he bought with his private fortune. 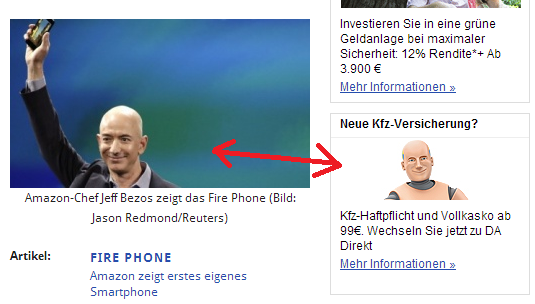 Obviously the money for all this expensive fun has to come from somewhere. Why else make for face available as a model for crash test dummies?