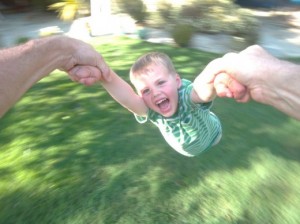 There are phases in the institution of the internet in which 6 colourful letters just can’t be avoided. Last week was one of them. It started with the announcement that the data glasses Google Glass will be sent to developers within the month. Fittingly, CEO Sergey Brin let himself be seen bespectacled in the New York subway. Now Google has surprised us with the registration of a patent for a matching virtual keyboard, with which it is supposed to be possible to type on your hand. On the side, people have been trying to develop a procedure which could revolutionise password security – with hardware keys, which could be realised in the form of a ring, for instance.

Things are getting exciting from an e-commerce point of view as well, with the change over from free product searches to Google Shopping around the corner. Following the AdWords principle, merchants will have to pay to be listed in the future.
By the way, this busy bodying is either not doing anything, or not doing enough for the company’s popularity.

According to Wirtschaftswoche, Google was dethroned by Wikipedia in the rankings of the pots popular internet brands.