Female, or rather gender commerce, is more than just a trendy topic. Online shops, which focus on a specific target group, also have to be optimised for gender specific requirements. For instance, it behoves a company where 90 percent of the turnover comes from women, to concentrate on the needs of female customers as part of customer orientation.

It is generally worth paying attention to the female perspective when it comes to shop optimisation: women are the larger source of revenue in interactive trade. This is especially applicable, because they mostly think about partners, children and relatives when shopping. This is reflected in the current bvh statics for B2C trade: their shopping carts are significantly fuller than those of men, with an annual sum of 25,8 billion and 22,5 billion euros respectively.

However, concentrating on a single gender tailored shop is not always the best idea. As long as business model and range (e.g. focus on women’s fashion) don’t specific differently, there are clear competitive advantages in addressing men and women alike.

Global top brands, such as Amazon, Apple, McDonald’s, and Volkswagen all have something in common: they are market leaders in their area and are well-liked by both genders.

Instead of making differences visible and serving gender role clichés, gender commonalities are addressed e.g. universal emotions and needs, such as security or status.

An online survey by business2women and Gfk confirms that brands which focus on men and women equally, exploit a greater market potential. If a brand isn’t clearly associated with one gender, it is more versatile when the product portfolio is extended to both men and women.

Annemike Salonen, CEO of business2women, names McDonald’s as an example of a company, which has visibly worked on its “gender balance”:

» An example is the away-from-home market for food. Current market leader McDonald’s noticed this years ago, and successfully brought in the right balance with the introduction of McCafe and Heidi Klum as salad ambassador along-side the manly meat burger image. Today, McDonald’s is equally successful on both sides of the market. «

More on Female Commerce in Handelskraft 2014 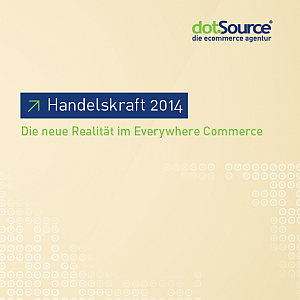 For more on this topic, see our trend compass Handelskaft 2014, which can be downloaded free of charge from our website (language format: German only). The trend book is also available in high quality print format. Those interested in >>Handelskraft 2014<< or in further information and advice are welcome to contact us!.